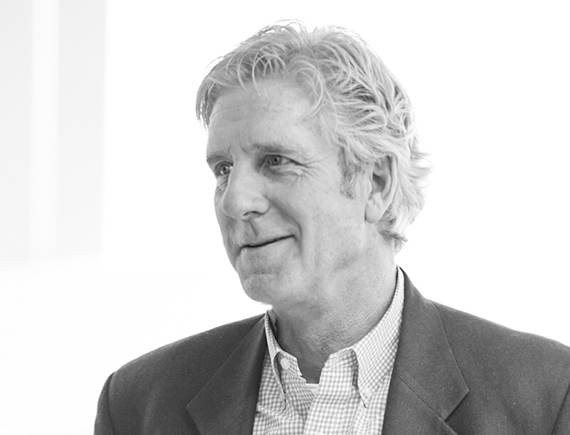 Mark grew up in south St. Louis, the middle of three children. After high school, he attended the University of Missouri, St. Louis for about 2 months before returning to work at Henges Interiors where he had worked all summer. He completed his carpentry apprenticeship in 1980, blew out a knee playing soccer, moved indoors to do a little job costing and never left. When his manager quit, 20-year-old Mark began overseeing the men he had apprenticed under. He did that for four years before moving into sales, then took a position with Alberici as Vice President Business Development in Automotive Marketing. When his daughter was born, about 5 years later, he accepted an offer from Sacs Electric to spend more time with her. A few more transitions later, Mark was working at The Lawrence Group and was asked if he would be interested in running Color Art Construction (formerly Commercial Installation and Construction) and the rest, as they say, is history.

MR When I moved to Color Art I returned to what I did for Henges. This is the same type of business I grew up with: find it, estimate it, sell it, run it, start over and do it again. When I got here we did about $9M in business and now, with our flooring company, we do about $42M.

AM What’s your favorite thing about Color Art?
MR For me it’s the diversity. I can run a company, I can estimate the work, and I can run the work so there’s never a dull moment. I have to be able to do all that to fill occasional holes.

*Please note, the following responses were not edited for length. Unlike the author, Mark doesn’t really talk a lot.

AM Any jobs you feel like you’d be terrible at?
MR Mortician

AM If you didn’t sleep what would you do with your spare time?
MR Estimate

AM If you could turn any activity into an Olympic Sport, what could you win a medal for?
MR Drinking. AM Oooo. What’s your poison? MR Scotch. That’s my distance drink. AM Any tips for getting this gold medal? MR (grins) Practice practice practice!

AM Do you remember the name and type of your first pet?
MR Yes. JoJo was a parakeet. AM Are those yellow? MR A little yellow and blue, green. AM Did he speak? MR Yes. He did speak. He said JoJo.

AM Do you have any songs completely memorized?
MR Chicago’s, 25 or 6 to 4. I used to play guitar in a band.

*It was at this point in the interview the author realized she didn’t have many more questions and was getting nervous.

AM What is something you think everyone should do at least once in their lives?
MR Skydive. AM Have you been? MR Yes. I’ve been 4 times. AM Would you go again? MR Yes. With better equipment. The first time I went, a friend of mine had a total ‘chute malfunction and was about 3 seconds from death. AM Oh, no. No no no no. MR He survived.

*realizing this could be a good story, the author allowed the following tangent and hopes it entertains you as much as it did her.

Here’s the story of The First Time Mark Went Skydiving

MR When you picture people skydiving; you usually picture them using a square ‘chute with vents you close to land softly but these were not like that. They were old, round Korean War ‘chutes that they cut holes in. They stop you from dying but they don’t really slow down. You hit the ground going like, 15 miles an hour. So, it’s me and three buddies and we go out to the airport and we look around and see this little, dirty blue trailer with a smoldering campfire and guessed it was the jump school. We banged on the door and hear this thud, thud, thud sound which turned out to be our one-legged Jump Master hopping to the door. AM This is horrifying. MR Don’t worry. It gets better. So he says, “Everybody in the back of the truck we’re gonna learn our landing fall.” So we get in the back of his truck, he drives and we jump out, hit, land and roll. AM AND THIS IS THE FIRST TIME YOU WENT SKYDIVING?!?! MR This is the first time, right. It’s a great visual; a beat-up pickup with four guys jumping off, rolling through the grass with crickets flying everywhere.

MR So we finished practicing landing and exiting then go to the plane. It is a little Cessna with one seat and the rest of it is empty so one guy kneels behind the pilot, one next to him and I was the third guy and I knelt backward. So everyone pictures opening the door and jumping out, right? AM (screaming internally) Umhum. MR But there’s actually a series of commands. The first command is “open the door,” the second command is “in the door” so you kneel, feet dangling out the door and the third command is “on the strut” and you grab the wing strut hang from the side of the plane. AM (whispers) Oh my god. MR Right. It’s good. And your last command is “let go.” And you let go, throw into a hard arch and hopefully – because it’s a static line – you have a canopy when you get to 3000 ft. AM Hopefully?! MR If you get to 3000 ft and realize you don’t have a canopy, the emergency procedure is to eject your main ‘chute first – cause if you don’t, it will still open and it’ll get tangled and you’ll die anyway – and then deploy the emergency ‘chute on your chest. AM (breathing deeply) Ok. MR So. Fourth jumper, last guy to jump, my friend Joe. Well, Joe had what they call bag lock where he pulled his ‘chute but the canopy didn’t come out of the bag. So he’s falling, probably catches terminal velocity which is a hundred-some miles-an-hour, and is doin’ one of these deals (gestures floppily). So as he goes into his emergency procedure, he pulls his hands in, reaching for the toggles to release his main ‘chute, and immediately goes into a nose dive. AM (audible gasp)(hands to face) MR So he’s in this nose dive and starts going faster and he’s trying to release his main ‘chute but the speed actually pulled it out of the bag and open above him. AM So the main ‘chute actually opened?! MR Yeah. He landed upside down and had a few rips in his pants from the cords but at least he wasn’t dead so, yeah. AM (stares in disbelief) MR On the way home all you heard was the sounds of beer cans opening. Nobody said anything. So. (smirks) That is my jumping story.

MARKS FAVORITES
Sports Teams Cardinals
Superhero Not really
Movie Greatest Story Ever Told, I believe it was the story of Moses? Charlton Heston…
Holiday Christmas
Desert Gooey Butter Cake. Classic.
Pineapple on your pizza? F*** no. That’s just… that’s just bad.
St. Louis Destination Truffles. Actually, no I take that back. The Racket Club. I like to play squash.