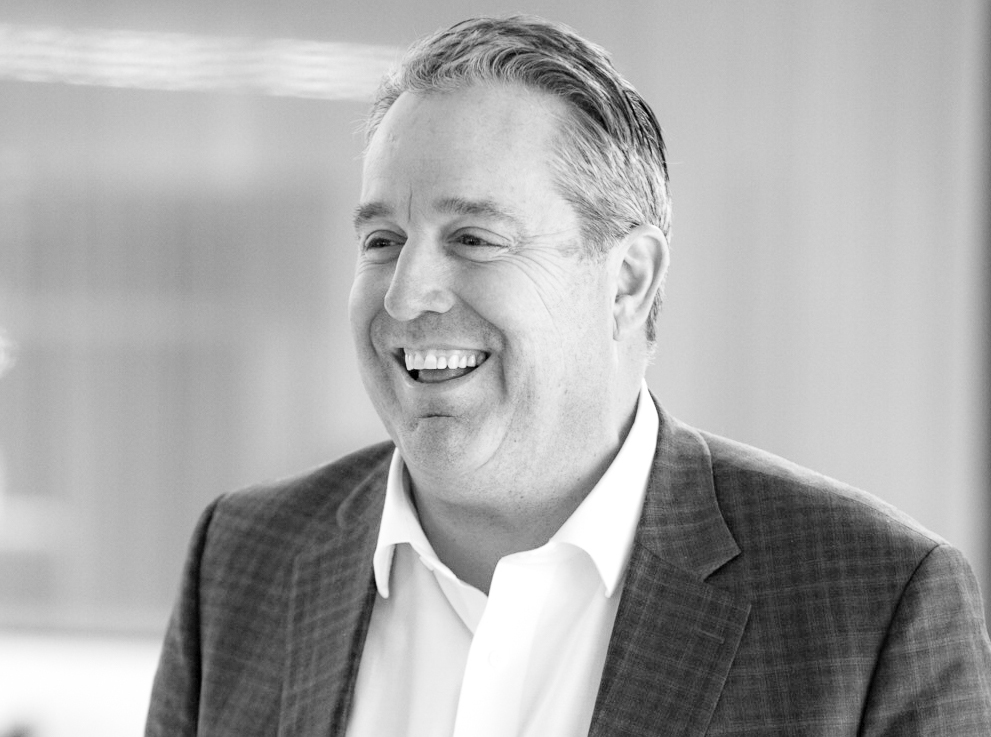 Jeff grew up in St. Louis, attended Chaminade College Prep and then the University of Missouri where he earned a degree in economics. He learned about commercial interiors from his brother and sister-in-law, “Mark told me it was a good industry to get into so I investigated. When I first interviewed, Gary told me I was too young and immature and to call back in a year.” Lucky for us, Jeff did as he was told. He was hired to be a sales person at Color Art in 1991 and has been here ever since, nearly 30 years.

AF What’s your favorite thing about Color Art
JB The main reason is that the partners and team all have pretty much the same beliefs, both morally and strategically. We have the same business perspective and I trust them. It’s been a good fit.

AF If you didn’t sleep what would you do with the extra time?
JB If I had a lot of extra time I would spend it with my family or playing golf. I like to be very competitive. Growing up I played every sport there is but golf is the only thing I can play now (laughs).

AF What hobby would you get into if time and money weren’t an issue?
JB Well golf, of course, and more travel with my family. I’d love to go anywhere and everywhere as long as it’s with my wife Kathy and kids Luke, Jake, and Audrey. Luke is about to leave for college. Jake is a sophomore in high school and my baby, Audie, is in sixth grade.

AF If you could turn any activity into an Olympic sport, for what activity could you win a gold medal?
JB I’m not really great at anything (laughs) AF That’s not true! JB Well not like that, not to get a gold medal! (thinks) I feel like I’m pretty good at sizing-up a situation. Whether it’s meeting somebody or a business situation, I feel like I am able to get good understanding and, within a few seconds, make an evaluation that’s pretty accurate. My mom was very social. We were always out-and-about, doing stuff so I think because I was exposed to different people and different things, it got easier for me to gather information and categorize it, not that I’m right all the time but, I think I have a good perspective.

AF Any jobs you feel like you’d be terrible at?
JB I’m not a good numbers guy AF What? You’ve been in sales for 30 years! I’ve heard you’re really good at numbers. JB Well yeah, “numbers” but I could never be an accountant, I’m not that meticulous or detail-oriented. I know it’s better for me to stay in my lane as Big Picture Guy.

AF Do you remember the name and type of your first pet?
JB Yes. His name was Joey and he was a German schnauzer. Currently I have two dogs, Bogie and Bunker. They’re my buddies.

AF What is something you think everyone should do at least once?
JB Have a kid. Broaden their families. Being a parent the most rewarding experience because you look at everything from different perspective. You learn life isn’t just about you, it’s about other people. It really broadens your outlook.